You likely found yourself here thanks to curiosity about functional medicine and holistic wellness services. And we're so glad you did!

As you navigate through our Blog, we expect you'll leave more informed and enlightened. And quite possibly, eager to book a service with us, which we know you won't regret! 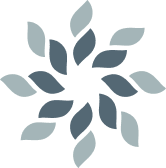 The Importance of Castor Oil

Every single day, especially in the functional medicine world, I learn something new. But sometimes, going back to the basics is the simplest and best option.

Dating allll the way back to traditional ayurvedic and Chinese medical texts, the use of castor oil has been around….basically forever. Hippocrates, “the father of medicine”, sung his praises for castor oil, and it’s even mentioned in the Bible! The numerous benefits of castor oil use have kept this ancient remedy relevant even today.

So what’s all the fuss about?

Castor oil can be combined with a pack and applied topically over the liver. The oil is able to permeate through the top layer of skin and reach all the way to the dermis, given enough time, heat, and pressure. When used correctly, its main benefit is to reduce inflammation. The packs have also shown noticeable stimulation of the parasympathetic nervous system. This is SO important–we can’t heal when we’re inflamed and stressed!

Not only that, but the packs improve lymph flow, stimulate smooth muscle to help with easier bowel movements, and even boost immunity. Some people even find it helps with sprains, strains, and arthritic joints, as it will reduce inflammation and swelling. Studies show that castor oil boosts nitric oxide production and glutathione production as well!

So many people could benefit from a daily castor oil pack. If you have an autoimmune disease, IBS, constipation, anxiety, infertility, cancer, hormone imbalances, or basically almost anything–you need to be incorporating castor oil packs into your self-care routine.

Castor oil packs aren’t always popular because they can sometimes be messy to do at home. Luckily, we’ve found a no-mess pack that works wonderfully without needing to apply any additional heat. Simply apply the oil to the pack, tie it around your waste under your clothes, and leave it in place.

It’s time to show your liver some love–call or stop in to ask about our favorite castor oil packs!